I have huge concerns over the recent High Court Ruling regarding puberty blockers for transgender young people. One person’s experience will set back transgender rights for all.

Keira Bell was assigned female at birth and following several appointments with the specialist services at the Tavistock clinic was offered puberty blockers and subsequently prescribed testosterone and then underwent top surgery. At this point Keira identified as male. Later, she made the unusual decision to de-transition and now lives and identifies as female.

The result of the court case is that now individuals aged 16 or under will no longer have access to puberty blockers without the intervention of a further court case. Anyone on the waiting list will be paused and those already taking blockers will have their medication reviewed.

The media have reported that booking an appointment with a gender clinic is as easy as booking a GP appointment; it really isn’t. They have also reported that clinics are actively encouraging young people to transition and that puberty blockers are prescribed at will. This is incorrect information. There’s a very rigorous process where individuals essentially have to prove to several practitioners that they are transgender before being offered any medication and/or surgical intervention. Assessments are carried out at every stage of the process so the individual has ample opportunity to reflect on the changes happening to them, their body and their identity. Over several years Keira had first puberty blockers, then testosterone and finally top surgery. At no stage did she raise concerns about the process or the ‘speed’ of the process. That she regrets her decision is heart-breaking and, as yet, it is unclear why she felt unable to raise concerns along the way but this one court case will now negatively impact many transgender individuals who are absolutely sure of their need for puberty blockers, hormone treatment and surgery.

The courts have given the impression that puberty blockers are new and dangerous. These drugs have been used for many years to stall early-onset puberty and are simply stopped once the child reaches the age when they would more naturally go through puberty. The only difference here is that puberty blockers are used to gain time for the individual to explore their identity before going through irreversible procedures. Going through a puberty out of alignment is traumatic beyond belief.

Anti-trans lobby now using Bell as a poster girl and, incidentally, I understand the entire case has been crowdfunded by anti-trans supporters.

Something that really concerns me is that, following this case, many will come away with the idea that somehow transitioning is a dangerous thing that should be put off into adulthood. There are some concerns here: 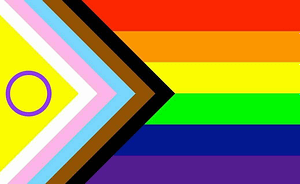