Fear seems to be at the heart of the argument; fear of difference, fear of the unknown, fear of harm and fear of erasure.

In the initial Tweet, Rowling takes umbrage with the inclusive language “those who menstruate” which includes trans men and non-binary individuals who are not women but who may still menstruate. It’s hard (for me) to see why the inclusion of these groups seems to undermine a sense of ‘woman’ for those who were assigned female at birth and feel that’s the right category for them (cis-gender).

Rowling has clearly had some awful experiences in the past but she seems to be confusing all trans women (those assigned male at birth) as predatory and male as though these are linked. They are not. People of all genders can be predatory and abusive. Rowling talks about being ‘triggered’ and it sounds like she might need some additional support for that so she isn’t assuming all men are evil or trans women might want to harm her. One point she seems to miss completely is the vast majority of trans women feel shame around certain parts of their bodies; the last thing on their minds is to expose themselves others.

It appears she is also operating from a binary male/female perspective in terms of sex which is long outdated and incorrect. Whilst the two most common categories for sex characteristics and chromosomes are male/female, there are also a number of intersex categories. This is aside from any sense of gender identity which is more of a felt experience rather than something that can be ‘tested’ for. What it immediately highlights is that sex and gender is not a binary system, much as it might be safer to think in these terms.

Far from eroding the category of woman, supporting equality for all genders adds weight to equality for women. First we need to widen the legal definition of sex so that intersex individuals are included rather than excluded. This will undoubtedly complicate areas of research where so much focus is placed on the binary sex marker. I have no doubt that what we’d see is simply variation within any given category.

Rowling voices concern re safeguarding children as though by being more inclusive of trans rights we somehow make children less safe; this is simple scaremongering tactics based on her own fears. We are all entitled to our own opinion; we also need to understand the emotion behind the position. It’s no wonder Rowling feels so strongly given her early experiences. Trans individuals feel equally strongly because of the oppression they face day after day.

Rowling talks about de-transition rates. There will always be people who find it wasn’t the right approach for them. Many of these might be non-binary rather than trans so the more support we can give these individuals the less regret we might see, though the de-transition rates remains very low. Currently the system still favours those who transition from one side of the binary to ‘the other’ rather than enabling the freedom to simply be whoever they are with all their complexities. Rowling also talks about people transitioning rather than living with the oppression of being gay/lesbian. Surely our efforts need to focus on making it OK to be gay/lesbian rather than to further oppress a particular group?

Is it OK to disagree with Rowling? Sure. Is it OK to be hounded with death-threats? Quite frankly, no! She is entitled to her opinion. Whilst it’s one I do not share, behaving in an abusive way towards her simply feeds the negativity and confirms for her that trans women are indeed scary beings who want to harm her. As someone with such a high profile I do think she has a duty of care to better educate herself and to be more aware of the impact of her comments on those who face oppression; her books have given many people the hope that love and respect will win in the end.

Rowling speaks about being concerned about the increase in people seeking transition. It is inevitable that the numbers will increase as people see that it is a possibility for them. Surely this is a positive step; to know that people previously desperately unhappy are now able to receive the support and interventions they require.

Rowling suggests she might have become a man herself “to turn into the son her father always wanted”…like that’s the reason people are transitioning and would be supported by the health care system. The suggestion is that transitioning is an easy process! Perhaps she is not aware of the incredibly lengthy, and oft times humiliating hurdles that need to be overcome to arrive at a point of transition, particularly if medical and/or surgical interventions are required.

So, I’m left wondering what the way forward might be. We have a situation where some women are deeply frightened of being attacked by someone they have placed into a non-woman category and we have trans and non-binary people needing safe spaces to go to the toilet and use changing rooms without being attacked either. Instead of attacking each other, how can we work together with an understanding that both groups feel the terror of oppression and abuse? I’m back to thoughts around fear and erasure. The way forward is surely in ensuring visibility and equality for all? In terms of equality, it might be difficult for women to think of themselves as both an oppressed and a privileged group; oppressed by men and also with privilege that trans and non-binary individuals don’t yet have. With greater visibility for women (including trans women) and non-binary people, there’s a greater sense of empowerment for all. It’s important to know where we have privilege and where we experience oppression. Together we are stronger.

Knowledge is easy to aquire
Sitting and asking yourself, how has my concept of my gender/sexuality been shaped, both internally and externally, what beliefs do I have about ppl who share my gender /sexuality and people who don't - that's where the work starts

@ScottishTrans @NicolaSturgeon @BorisJohnson @trussliz PLEASE take note! Everything stated here is simple truth- it’s embarrassing the overwhelming result of the GRA Consultation in England was ignored & it’s Scotland who are following Ireland introducing this humane Reform which has no impact on Womens Rights

"It took me 37 years to accept that I am transgender, and that is not due to a lack of exposure to the topic. It is due to internalised transphobia, fear and confusion." - Seven Victor #TransLives #TransHealthMatters 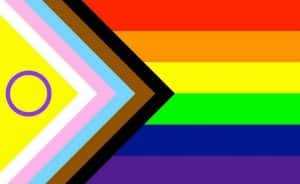